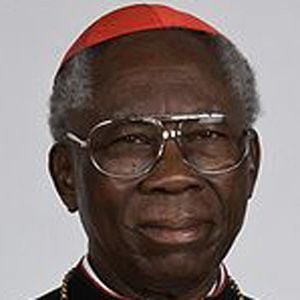 Nigerian Cardinal of the Catholic Church who was one of the principal advisors to Pope John Paul II.

He studied theology at the Pontifical Urban University from 1955 to 1958.

He served as the Prefect Emeritus of the Congregation for Divine Worship and the Discipline of the Sacraments from 2002 to 2008.

His parents converted to Catholicism from a traditional African religion.

He succeeded Pope Benedict XVI as the Cardinal Bishop of Velletri-Segni.

Francis Arinze Is A Member Of