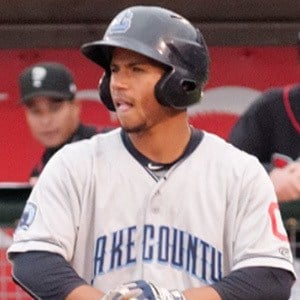 Baseball catcher who made his Major League Baseball debut with the Cleveland Indians in 2017. He was traded to the San Diego Padres the following season.

He studied at Las Carreras de Baní in the Dominican Republic.

Francisco Mejia Is A Member Of