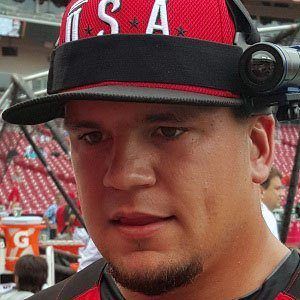 Catcher who was a first round selection of the Chicago Cubs in 2014. He made his MLB debut with the Cubs in June 2015. In 2016, he helped the Cubs win the franchise's first World Series title since 1908.

He hit .408 during his four years at Middletown High School in Middletown, Ohio.

He had a standout career at Indiana University, earning All-American honors by multiple publications while being named a finalist for the Johnny Bench Award, given to college baseball's top Division I catcher, after his junior season.

He was born to Greg and Donna Schwarber and raised with three sisters.

He joined fellow catcher Miguel Montero on the Cubs in 2015.

Kyle Schwarber Is A Member Of