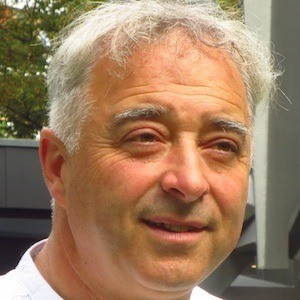 Known for writing the screenplays for such acclaimed films as Pandaemonium (2000), Welcome to Sarajevo (1997), and The Railway Man (2013), Boyce also penned the Carnegie medal-winning children's book Millions, as well as the novel's popular 2000 screen adaptation.

During the early 1980s, he began writing scripts for the British soap opera Brookside.

His children's books have won numerous honors, including the 2012 Guardian Children's Fiction Prize (for The Unforgotten Coat) and the 2011 Gelett Burgess Children's Book Award (for Cosmic).

He grew up in Liverpool, England, and later earned a doctorate from Oxford University. His marriage resulted in seven children.

He and director Michael Winterbottom collaborated on numerous film projects, including The Claim, Butterfly Kiss, and 24 Hour Party People.

Frank Cottrell Boyce Is A Member Of