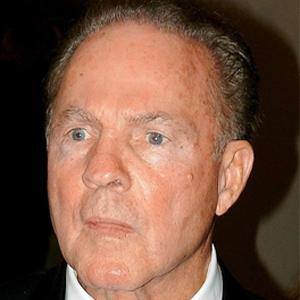 Half-back and wide receiver who was named 1956 UPI NFL MVP. He spent his entire 13-year career with the New York Giants and was named to 8 Pro Bowl teams.

He originally couldn't get into USC because of poor grades so he had to transfer in.

He was named an All-American running back after transferring to USC from Bakersfield Community College.

He and Walter Payton tied for the record of most interceptions thrown by a non-quarterback.

Frank Gifford Is A Member Of