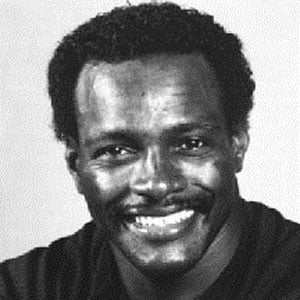 Running back who broke NFL records for the most rushing yards, carries, and touchdowns during his 13-year career with the Chicago Bears.

He was a Boy Scout, a choir singer, and a marching band and jazz band drummer who didn't try out for the high school football team his sophomore year because he wanted to avoid competing with his brother Eddie.

He was known as Sweetness and after his death in 1999, the NFL's Man of the Year award - given to one player each season for their volunteer and charity work - was named in his honor.

He married Connie Payton in 1976. His son Jarrett played running back at the University of Miami. Walter also had a daughter named Brittney.

He broke the record of most NFL rushing yards, which was formerly held by O.J. Simpson.

Walter Payton Is A Member Of