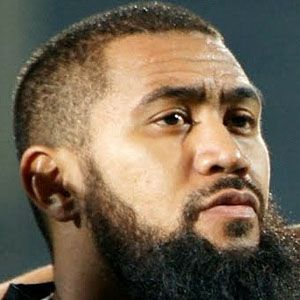 Samoan rugby league player known for his with NRL teams like the Penrith Panthers and Canterbury-Bankstown Bulldogs. He led the New Zealand national team to its first-ever Rugby League Four Nations championship in 2010.

He received surgery after being stabbed in the hand in 2007.

He has a brother named Tom.

Frank Pritchard Is A Member Of