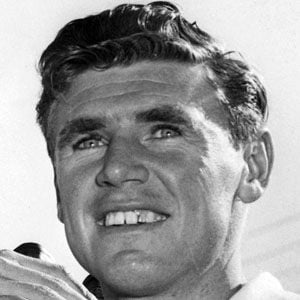 Retired tennis player who won five Grand Slams and was ranked as the top male player in the world. He is a member of the International Tennis Hall of Fame and the Sport Australia Hall of Fame.

He was born in Mont Albert, Victoria and got his start on the amateur tour in 1945.

He married a woman named Jean.

He beat Pancho Gonzales to win the Wembley Championship in 1953.

Frank Sedgman Is A Member Of