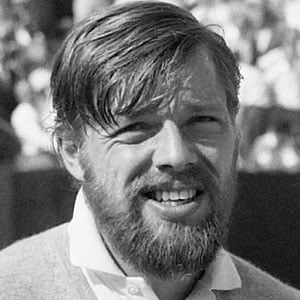 He was born in Frederiksberg, Denmark and began playing professional tennis in the 40's.

He became the singer of the band Instead Of in 2005.

He is the father of professional tennis player Einer Ulrich.

His son is Metallica drummer Lars Ulrich, with whom he appeared in the 2004 documentary Some Kind of Monster.

Torben Ulrich Is A Member Of