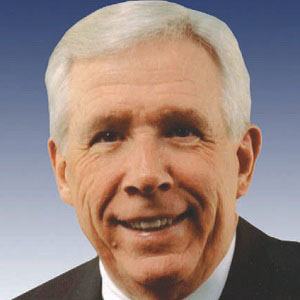 Republican who represented Virginia's 10th congressional district in the United States House of Representatives from 1981 to 2015. At the time of his retirement, he was the longest-serving congressman in the state's history.

He was born in Philadelphia, Pennsylvania and overcame a severe stutter as a child. He received a Law degree from the Georgetown University Law Center and became a lawyer for the United States military.

During his tenure as a congressman, he was given a rating of A- by the National Rifle Association and 0% by the American Civil Liberties Union.

He consistently voted in line with the President's positions during the administration of George W. Bush.

Frank Wolf Is A Member Of