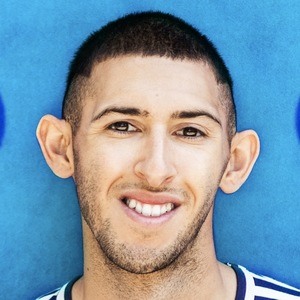 Blogger who is known for sharing both lifestyle and fashion driven content to his blog Blue Perk Moment. He is also known for running an Instagram where he shares additional fashion, styling, and modeling photos often featuring blue and pink color schemes for his over 140,000 followers.

He originally attended the Fashion Institute of Technology in New York City. During his freshman year in 2011, he started his Blue Perk Blog.

He was featured in a Sony, Tumblr, and AOL collaboration at New York's 2013 Fashion Week where he was interviewed and featured as a stylist and blogger.

He was born and raised in South Texas but later settled in New York City.

He was featured in a Domino's advertisement alongside fellow fashion and lifestyle blogger Ian Crumm. He shared the photo to his Instagram in July of 2018.

Freddy Rodriguez Jr. Is A Member Of