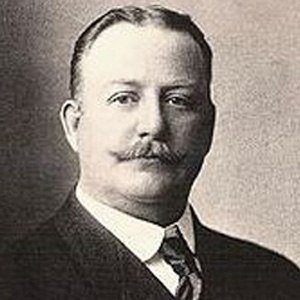 Painter, illustrator, sculptor and writer who specialized in depictions of the Old American West, mainly from the latter part of the 19th century. Cowboys, Native Americans, and the U.S. Cavalry were all favorite subjects. Known for his work with Harper's Weekly.

His inheritance afforded him the opportunity to travel west to Montana, where he was given a front-row seat to the waning days of the legend of the Old West. This gave his paintings a personal authenticity impossible to achieve by later artists who did not witness such scenes personally.

He was commissioned by Theodore Roosevelt to illustrate Roosevelt's book "Ranch Life and the Hunting Trail" from 1896.

His father was a Civil War colonel. He attended Yale University's art school, where he studied with the famed , but abandoned his studies to care for his ill father. He married, but had no children.

His work preceded that of Zane Grey.

Frederic Remington Is A Member Of