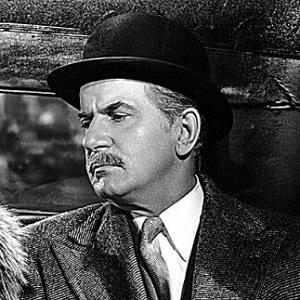 Known for his role in the six Roy William Neill directed films about the famous detective Sherlock Holmes.

Before beginning his long-spanning feature film career, he did two short films in 1914 and 1928.

He was born in London, England and died in Los Angeles, California.

He played a role in the Stanley Kubrick directed film Spartacus.

Frederick Worlock Is A Member Of