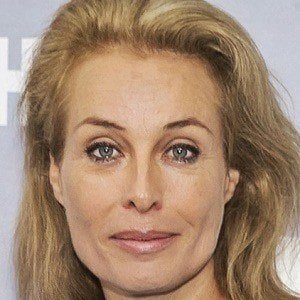 Dutch beauty who appeared in Cosmopolitan and Vogue magazines.

She not only worked as a model, but also pursued a career as a businesswoman.

She once appeared in a stage performance of The Vagina Monologues.

She and Nicholas Klein became parents to a daughter named Scyler.

She appeared on Germany's Next Top Model, a program hosted by Heidi Klum.

Frederique Vanderwal Is A Member Of