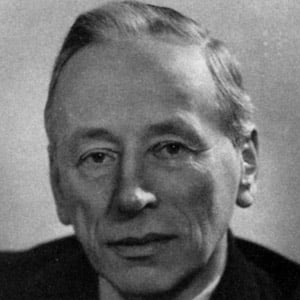 Dutch scientist whose phase contrast microscope invention won the 1953 Nobel prize for physics. He also worked as a professor at Groningen University.

He studied chemistry, mathematics, and physics at the University of Amsterdam.

His circle polynomial research greatly influenced the field of optics.

He was the son of two mathematics teachers: Carl Frederick August Zernike and Antje Dieperink.

He and Niels Bohr were both recipients of the Nobel prize for physics.

Frits Zernike Is A Member Of