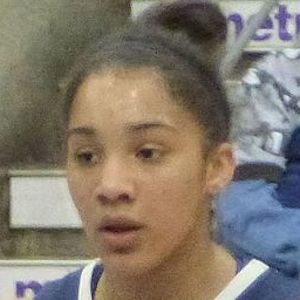 Power forward who was selected with the 4th overall pick in the 2018 WNBA Draft by the Chicago Sky. She rose to fame as a leader of the Connecticut Huskies women's basketball teams that won the 2015 and 2016 NCAA Championships.

She was a prolific high school athlete, including in track and field. She debuted for the Connecticut women's basketball team in 2014.

She was honored with the prestigious NCAA Senior CLASS Award in 2018. She qualified for the high jump as an alternate for the US women's national team for the 2012 London Olympics.

Her parents' names are Matthew and Therese.

She and A'ja Wilson were both drafted in the top 5 of the 2018 WNBA Draft.

Gabby Williams Is A Member Of