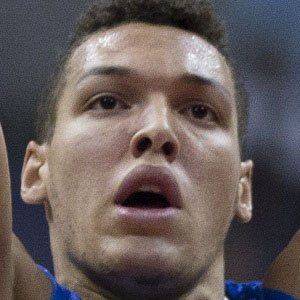 Athletic forward who was selected 4th overall in the 2014 NBA Draft by the Orlando Magic. He spent one season playing college basketball at the University of Arizona, helping lead the team to a #1 overall ranking in the AP polls.

He had an illustrious high school career at Archbishop Mitty, which included two state championships and twice being named Mr. Basketball for California.

In 2013, he helped lead the United States to a gold medal in the FIBA U-19 World Championships.

His mother is Shelly Davis and his father, Ed Gordon, also played college basketball. He has a brother named Drew and a sister named Elisabeth.

He was the MVP of the 2013 McDonald's All-American game that featured Andrew Wiggins and he was selected three picks after Wiggins in the 2014 NBA Draft.

Aaron Gordon Is A Member Of