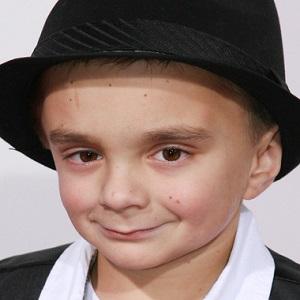 Notable for his role as Travis in the 2010 feature film Country Strong, Sipos is perhaps most famous for surviving childhood cancer and inspiring a non profit organization known as Gabe's Chemo Duck Program.

When he was less than a year old, he was diagnosed with a type of malignant tumor called a rhabdomyosarcoma.

In playing a Make a Wish child in Country Strong, Sipos drew upon his real life experiences as a cancer patient.

Born to Lu and Rob Sipos, he was raised in a suburb of Nashville, Tennessee. As a child, he developed a close, brother like friendship with fellow cancer warrior Connor Hunley; sadly, while Sipos was cancer-free by his second birthday, Hunley had several relapses and passed away at the age of ten.

In Country Strong, Sipos shared the big screen with both Gwyneth Paltrow and .

Gabe Sipos Is A Member Of