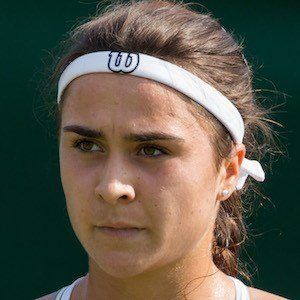 British tennis player who became known after winning her first major singles title at the Stellenbosch event in 2015 unseeded. She was also the only British player to win in the junior competition at Wimbledon in 2016.

She made headline news for being possibly poisoned at Wimbledon in 2016 but it was later found to be Leptospirois bacterial disease.

She is from Southhamption, UK. Her mother is Milena Taylor. She has two sisters and a brother.

She is a British tennis player who has competed at Wimbledon like tennis pro Andy Murray.

Gabriella Taylor Is A Member Of