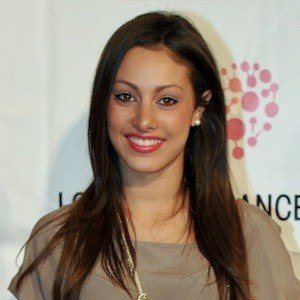 Television host who is best known for her appearances on the show WWE's Main Event as well as the series Women of Wrestling and ABTV's Smackdown Live Aftershow.

With a passion for production while attending Half Hollow Hills West high school, she went on to receive her Bachelor's degree in Communications for Radio, Television, and Dance. After completing school, she began to work a variety of different production and hosting jobs before landing a recurring role on the WWE series.

In addition to her work in television, she is also a fitness model who has worked for a variety of different companies including NXT Connection.

Gabrielle Loren Is A Member Of