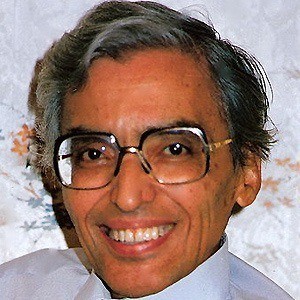 Classical music composer, educator, and pianist who was best known for his symphony "Osiris." He received the State Prize for Composition and was awarded the Order of Arts from the Egyptian government.

He studied Musicology at the Musikhochschule of Heidelberg in West Germany in 1950. He was a student of Harald Genzmer from 1952 until 1957 at the Hochschule für Musik Freiburg.

He taught a number of notable students, including Ahmed El-Saedi, Rageh Daoud, and Mona Ghoneim.

His father was also musical and did much to encourage his talents. He was married to musicologist Samha El-Kholy.

He became prominent in Egypt during the same period as actor Omar Sharif.

Gamal Abdel-Rahim Is A Member Of