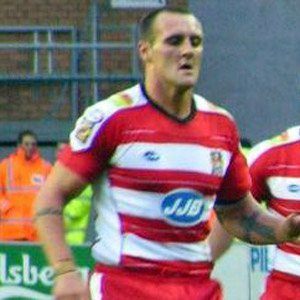 Rugby League second row who played for the English national team from 2008 to 2012; joined the Salford Red Devils in 2014 after spending a season with the Widnes Vikings and playing for the Wigan Warriors from 2003 to 2012.

He toured Australia with the Great Britain Academy side in 2001, and professional rugby scouts first began taking note of him.

After testing positive for cocaine in June, 2009, he received a two-year ban from rugby league play.

He was born and raised in Wigan, England.

He was teammates with Chris Robshaw on the English national team from 2009 to 2012.

Gareth Hock Is A Member Of