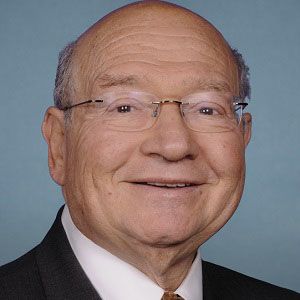 From 1983 until 2013, this Democratic Party politician served New York's fifth district in the United States House of Representatives. While in Congress, he was assigned to the Committees on Financial Services and Foreign Affairs.

After graduating from Queens College in the mid 1960s, he taught in the New York City public schools and went on to serve as editor of the Queens Tribune. He began his political career as a member of the New York State Senate.

In the late 1960s, he sued the New York City Board of Education for refusing to grant him paternity leave following the birth of his child. Many years later, while serving in the U.S. Congress, he championed the same cause and helped pass the Family and Medical Leave Act.

The grandson of Russian and Polish Jewish immigrants, he grew up in Brooklyn, New York, as the child of Max and Eva Ackerman. He and his wife, Rita Tewel, raised children named Lauren, Corey, and Ari.

While in Congress, Ackerman played a key role in passing an amendment to the Ryan White Care Act that required hospitals to test all newborns for the HIV virus.

Gary Ackerman Is A Member Of