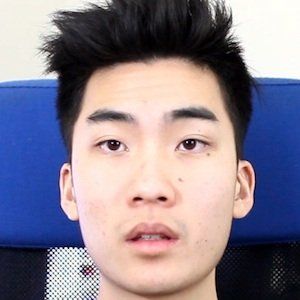 YouTuber born Bryan Le and best known as RiceGum. His most popular videos are his "These Kids Must Be Stopped" series, where he has roasted popular web stars such as Loren Gray, Jacob Sartorius and Hunter Rowland. He has earned over 10 million subscribers to his channel. Also a singer, he released the song "It's Every Night Sis" in 2017. The track features vocals from Alissa Violet and it was certified platinum in the U.S.

In November of 2012, he announced his partnership with Machinima. He would later form CloutGang in 2017.

His mother is Chinese and his father is Vietnamese; he grew up in Las Vegas. He has dated model Abby Rao. He has been romantically linked to Elleriemarie since 2020.

He is joined by Alissa Violet and Ricky Banks in Clout Gang.

RiceGum Is A Member Of