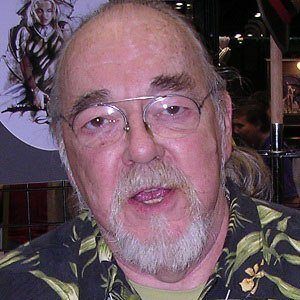 Famous as a co-creator of the popular Dungeons & Dragons role-playing fantasy game and as a co-founder of the International Federation of Wargamers, he is also known for his writing work for Troll Lord Games and for his contributions to the games Dangerous Journeys; Lejendary Adventure; and Castles & Crusades.

A novelist and voice actor as well as a game designer, he penned the books Death in Delhi and The Anubis Murders and voiced characters in episodes of Futurama and Dungeons & Dragons Online: Stormreach.

His first marriage, to Mary Jo Powell, lasted from 1958 until 1983 and produced five children. With his second wife, Gail Carpenter, he had a sixth child.

He and Dave Arneson co-created the popular Dungeons & Dragons game.

Gary Gygax Is A Member Of