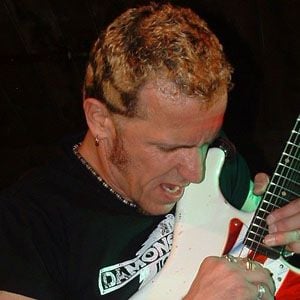 He dropped out of high school to devote his time to the performance and teaching of music.

His cover of the Focus song "Hocus Pocus" made Billboard's list of Top 5 Hits.

He played guitar with Peter Frampton.

Gary Hoey Is A Member Of