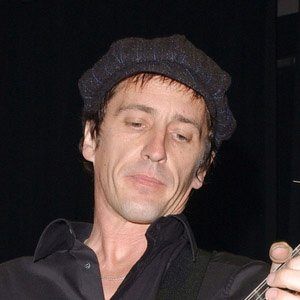 He met Axl Rose during high school, where they formed their first band together.

He was offered a position in the supergroup Velvet Revolver, but he declined.

He married Aneka Kreuter, although they later divorced. His real name is Jeffrey Dean Isbell.

He was replaced by Gilby Clarke in Guns N' Roses.

Izzy Stradlin Is A Member Of