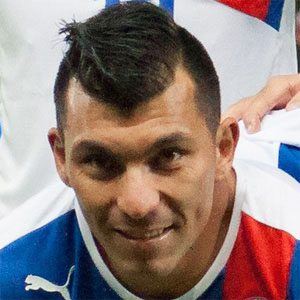 Defensive midfielder and defender who joined Cardiff City after spending two years with Sevilla. He became a member of the Chilean national team in 2007.

He debuted professionally for Universidad Catolica in 2006.

He was born in Santiago, Chile. He began dating soccer reporter Cristina Morales in 2013.

He and goalkeeper Claudio Bravo became teammates on the Chilean national team.

Gary Medel Is A Member Of