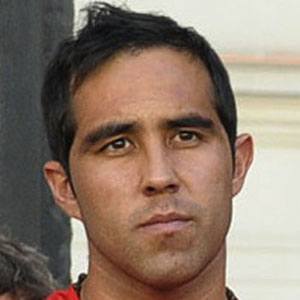 Chilean international goalkeeper who won the 2015 and 2016 Copa America with his country. He signed with FC Barcelona in 2014.

He played youth soccer with Colo-Colo and made his senior debut in 2002.

He was named Best Goalkeeper at both the 2015 and 2016 Copa Americas. He's also played domestically for Real Sociedad.

He married Carla Pardo in 2007 and has children named Emma, Maite, Mateo, and Josefa.

He and Arturo Vidal have been teammates on Chile's national team.

Claudio Bravo Is A Member Of