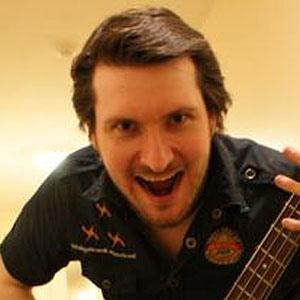 Well known for his YouTube and musical project titled Miracle of Sound, he is a singer-songwriter who creates video game-inspired songs.

He first created music for the video game Half-Life 2 when he started his Miracle of Sound project in 2010.

He is the former lead singer of a band called Lotus Lullaby.

He is from Cork, Ireland and his father was poet Sean Dunne. He has posted photos on Instagram with his girlfriend.

He created a song called "When Winter Comes" for the television series Game of Thrones which stars Kit Harington.

Gavin Dunne Is A Member Of