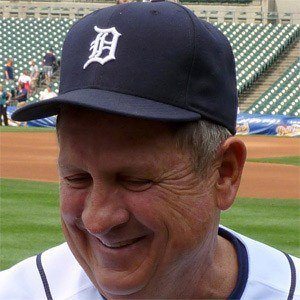 Former MLB catcher who played his entire career with the Detroit Tigers. He later became a manager and coach for teams like the Pittsburgh Pirates and Chicago White Sox.

He grew up a Chicago Cubs fan in Kirkland, Illinois and was a first-round pick of the Detroit Tigers in the 1965 amateur draft.

He has children named Melissa and Wade with his wife, Melody. Wade Lamont was drafted by the Tigers in 2007.

He coached Golden Glove-winning third baseman Robin Ventura as the manager of the White Sox.

Gene Lamont Is A Member Of