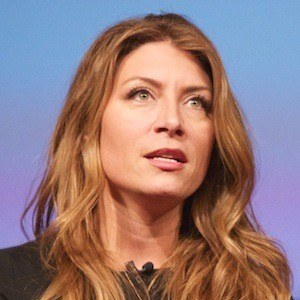 Interior designer who displays her expertise as the host of the HGTV shows Genevieve's Renovation, White House Christmas and Dear Genevieve. She previously served as a commentator on MTV's Sex in the '90s and an original designer on TLC's Trading Spaces.

She grew up playing soccer while attending Minneapolis South High School. In college, she was an international affairs major before switching to design.

She designed the bottle for Tanqueray's No. 10 gin.

She was married to actor Tyler Harcott from 2006 to 2013. She has a daughter name Bebelle.

She and Alex McLeod both came to fame by appearing on Trading Spaces.

Genevieve Gorder Is A Member Of