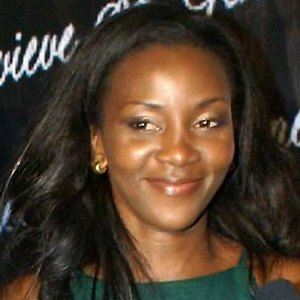 She made her acting debut in the 1998 film Most Wanted.

She began an R&B singing career after signing her first record contract in 2004.

She has a daughter named Chimebuka and a brother named Stephan. She began dating Ishaya Bako in 2015.

She was called the Julia Roberts of Africa by several Nigerian media outlets.

Genevieve Nnaji Is A Member Of