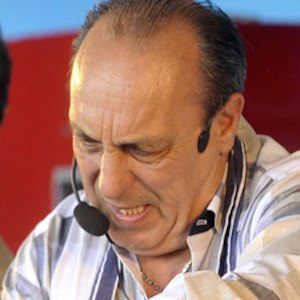 He moved to London when he was 20 years old. He briefly entered the Italian antiques business but soon found a job in a popular restaurant in London. He then went on to work at Antonion Carluccio's restaurant Neal Street, where he met Jamie Oliver. He opened his own restaurant Passione in 1999. It closed in 2009 due to the financial crisis in 2008 but not before winning major restaurant awards.

He and Antonion Carluccio develop menus, train chef, and are business partners in Oliver's UK-national restaurant chain Jamie's Italian. He has published various cookbooks, including Passione and Gennaro's Easy Italian.

He was born and raised in Minori on Italy's Amalfi Coast, where he would hunt with his father and grandfather, collect herbs with his mother, and work at restaurants from the age of eight years old. He relocated to London in 1969 where he married in 1974 and had three children. He later had two more children with another partner.

When Oliver battled Italian-American celebrity chef Mario Batali on Food Network's Iron Chef America, Oliver made him sous chef but he was mostly there for comedic relief.

Gennaro Contaldo Is A Member Of