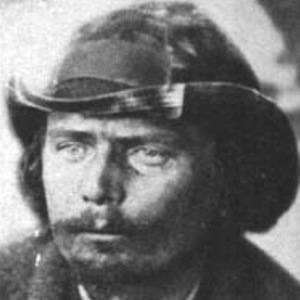 Known criminal and conspirator with John Wilkes Booth in the assassination of United States president Abraham Lincoln. He was assigned to simultaneously assassinate Vice President Andrew Johnson but did not make the attempt, instead drinking at a bar and wandering around Washington.

He first came to the United States at the age of 8 where he went on to open his own carriage repair business in Port Tobacco, Maryland. He was introduced to John Wilkes Booth by John Surratt, who helped plot the assassination.

He was known for helping row Confederate supporters and soldiers across the Potomac River which is where he was first introduced to Confederate messenger John Surratt.

He was born and raised in Dorna, Germany, later known as Anrode, Germany. He moved to the United States with his parents in June of 1844.

He was a part of an earlier attempted plot created by John Wilkes Booth to capture and kidnap Abraham Lincoln where his knowledge of back roads and passageways was to help Booth escape.

George Atzerodt Is A Member Of