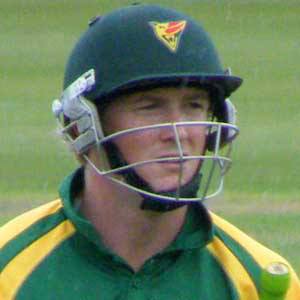 Right-handed batsman who made his first class debut in 2002 for Tasmania.

He was a talented junior player before making his domestic debut as a 20-year old.

He made his international debut in 2012 as captain of Australia's T20 team.

He was born in Launceston, Tasmania.

He played on Australia's international team alongside Shaun Marsh.

George Bailey Is A Member Of