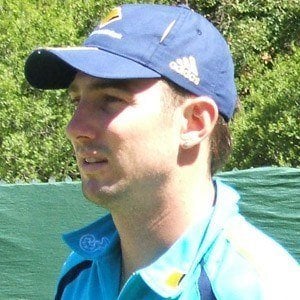 Opening batsman who made his domestic debut in 2008 for Kings XI Punjab. He became a member of the Perth Scorchers in 2011.

He made his international test debut in 2011 against Sri Lanka.

His father, Geoff Marsh, also was a professional cricketer.

He played for Kings XI Punjab with captain Adam Gilchrist.

Shaun Marsh Is A Member Of