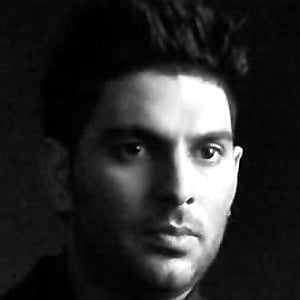 Indian all-rounder who won Man of the Tournament in the 2011 Cricket World Cup. He served as vice-captain of India's ODI team from 2007 to 2008 and has taken more than 100 wickets in the format. He appeared in 40 Tests between 2003 and 2012 and has scored more than 10,000 runs across all international competitions.

He was an avid roller skater as a child, winning the National Under-14 Roller Skating Championship.

He hit six sixes against England's Stuart Broad at the 2007 ICC World Twenty20, a feat never before accomplished in an international competition between Test-playing nations.

His father threw away his roller skating medal and encouraged him to pursue cricket. He married Hazel Keech in 2016.

He served as ODI vice-captain under MS Dhoni.

Yuvraj Singh Is A Member Of