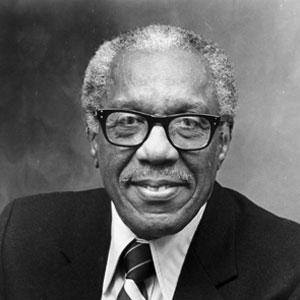 Distinguished African-American lawyer, politician, and judge. From 1980-1991, he represented the 13th District of Michigan in the United States Congress.

After graduating from Morehouse College in Georgia, he attended law school at the University of Michigan.

He worked as an attorney for the U.S. Department of Labor under the administration of Franklin D Roosevelt.

George W Crockett Jr. Is A Member Of