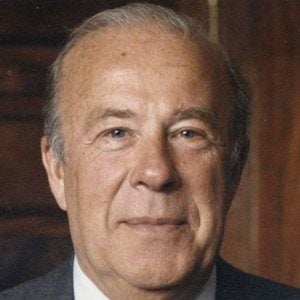 Before politics, he was a professor of economics at MIT and the University of Chicago.

He held honorary degrees from Columbia, Princeton, and Northwestern. He lived until he was 100 years old.

He married Charlotte Mailliard Swig in 1997, after the death of his first wife.

He was Secretary of Labor during the presidency of Richard Nixon.

George P. Shultz Is A Member Of