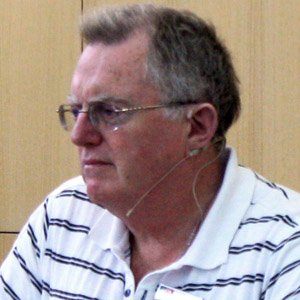 Known for such religious publications as Why We Belong: Evangelical Unity and Denominational Diversity and God is Love, a Biblical and Systematic Theology, this ordained Church of England priest edited an academic publication titled Churchman.

After graduating from Canada's McGill University, he earned MLitt and DLitt degrees from The Sorbonne in Paris, France. He went on to become a minister in England's Chelmsford Diocese.

He taught at Alabama's Beeson Divinity School and, later, at the Knox Theological Seminary in Florida.

He was born and raised in Montreal, Quebec, Canada.

He and David Jenkins were both clerics in the Church of England.

Gerald Bray Is A Member Of