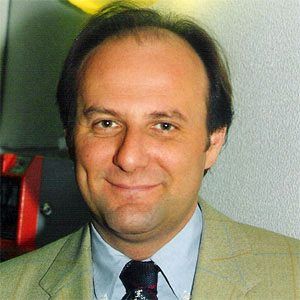 Italian actor and television presenter who is best known for hosting quiz shows, including the Italian version of Who Wants to be a Millionaire?

He began his career as a DJ at Radio Milano International and later became a host on DeeJay Television.

He was born in Miradolo Terme in Pavia, Italy.

Pietro Nenni was also a member of the Italian Socialist Party.

Gerry Scotti Is A Member Of