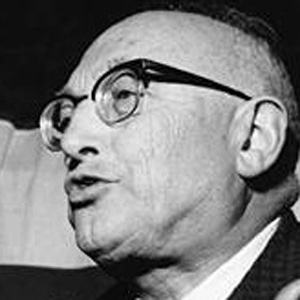 Italian socialist politician who was the Secretary of the Italian Socialist Party from 1931 to 1945. He was made a lifetime Senator in 1970.

He was raised in an orphanage after his peasant parents died.

He was imprisoned alongside his future political rival, Benito Mussolini, in 1911 for their participation in the protest movement against the Italo-Turkish War in Libya.

He had three children with his wife, Carmen Emiliani.

He was exiled by Benito Mussolini after the latter came to power in 1926 following the March on Rome.

Pietro Nenni Is A Member Of