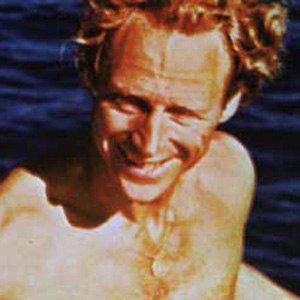 Swedish sprint canoer who won six gold medals between 1942 and 1964 and competed at four different Olympics.

He served as the head coach for the Swedish canoe team at the 1964 Olympics.

He is the son of Agnes and Heglund Fredriksson.

He took gold in the 1960 Olympics when boxer Muhammad Ali also took home the gold.

Gert Fredriksson Is A Member Of