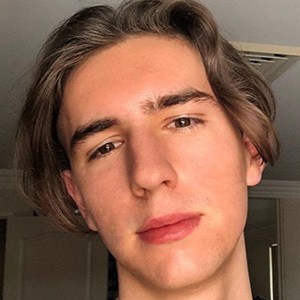 Australian YouTube star and professional Fortnite player who became a live streamer for Ghost Gaming. He has amassed over 100,000 subscribers to his Ghost Trapped channel.

He first posted to his YouTube channel in July 2018, but didn't start taking it seriously until December 2018. He was planning on attending university before his gaming career took off.

His YouTube videos have been seen over 5 million total times.

He was born in Melbourne, Australia, before moving to New South Whales. His real name is Jackson Webb.

In addition to Fortnite, he has also featured highlights of his game play from Valorant on his YouTube channel.

Trapped Is A Member Of