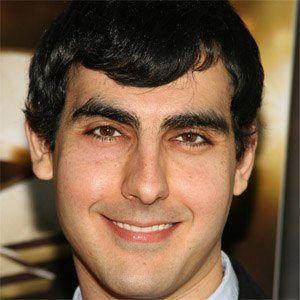 British director who directed a number of films including The Lark in 2004 and Monster House in 2006.

He moved to Los Angeles when he was eight years old and later attended the University of California, Los Angeles and received an MFA degree in animation in 2002.

His 2006 film Monster House was nominated for an Academy Award for Best Animated Feature.

He was born in London to Israeli parents and married Eliza Chaikin in 2005.

His film Monster House was executive produced by Steven Spielberg.

Gil Kenan Is A Member Of