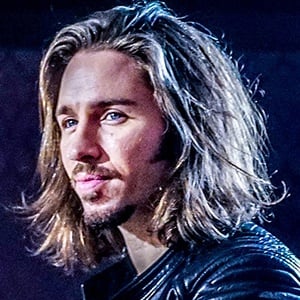 German singer and actor who rose to fame as a teen idol when he was spotted in a subway station by a talent scout for Bravo! magazine. He's been the lead singer of such bands as Zoo Army and Acht!

He was raised by his father, Abi Ofraim, who is a well-known Israeli musician.

In 2017, he took part in the German dance competition Let's Dance, and won with his partner, Ekaterina Leonova. He also writes children's music.

He married Verona Brock in 2014 and they have a son named Leonard.

Gil Ofarim Is A Member Of