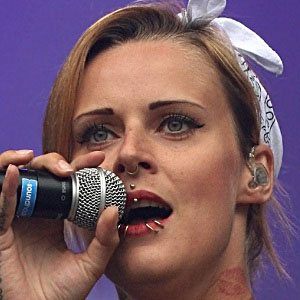 The tattooed lead singer of the German rock band Jennifer Rostock, she rose to fame when her group was signed by Warner Music in 2007, and competed on Bundevision Song Contest with their single "Kopf oder Zahl."

She first met future bandmate Joe Walter-Muller in their early teens when she was performing in a karaoke show. He invited her to join his band at the time.

The name of her band, Jennifer Rostock, came from a misunderstanding between Weist and a record label, who sent all of their correspondence to this name because it's a combination of her first name and a town near where she comes from.

She born on the German island of Usedom.

Jennifer Weist Is A Member Of