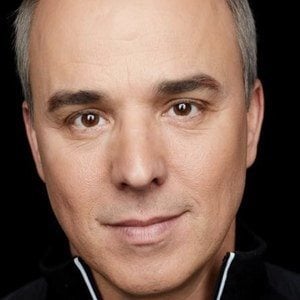 Television personality and businessman most famous for hosting the French-Canadian morning show Salut, Bonjour! He has received widespread acclaim for his work on the show, winning the Prix Artis award for Best TV Show Host 10 consecutive years from 2008 to 2017.

He attended the boarding school Collège du Mont-Sainte-Anne in Quebec. He got his start in radio while studying at the University of Montreal.

He has served as the co-owner of the Quebec chocolate shop Chocolats Favoris.

He married a woman named Isabelle in 2004. He has adopted children named Marilou and Nathan.

He and Guy Mongrain have both served as the host of Salut, Bonjour!

Gino Chouinard Is A Member Of