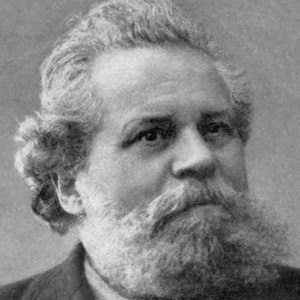 Renowned Italian poet and 1906 recipient of the Nobel Prize in Literature. His most famous works include the poem "Inno a Satana" ("Hymn to Satan") and the poetry collections Odi Barbare and Rime Nuove.

His father was both a physician and a political revolutionary. Carducci worked as a schoolteacher before publishing his first poetry collections.

He respected classical literary forms, and his poetry was influenced by the works of Virgil and Horace.

He wed Elvira Menicucci in 1859 and fathered four children. Some years later, he had an affair with author Annie Vivanti.

He translated several works by Johann von Goethe into Italian.

Giosue Carducci Is A Member Of